Approved by City Council on July 22, 2022, the Vancouver Plan is an historic long-range land use strategy to create a more livable, affordable and sustainable city for everyone. It guides the long-term growth of the city in an intentional way, clarifying where growth and change will occur over the next 30 years. Through a multi-year public engageme...

In our fourth and final phase of engagement, the Draft Broadway Plan is now available for you to review. The Draft Plan sets out in greater detail the policies that will provide a clear but flexible framework to guide growth, positive change, and public benefits in the Broadway neighbourhoods. Input received in this fi...

The Vancouver Art Gallery now stands at the threshold of one of the most exciting moments in our history. After more than a decade of research and planning for a new Gallery, we are moving forward with our vision to create an innovative and inspiring visual art museum that enriches lives and plays a pivotal role in enhancing Vancouver and British C...

The City of Vancouver has received an application to rezone 625-777 Pacific Street (Granville Loops) from DD (Downtown District) to CD-1 to allow for four residential towers on four adjacent sites which will be created once the circular bridge ramps (the Loops) are removed and Continental and Rolston streets are extended south to Pacific Street. The proposed development includes: 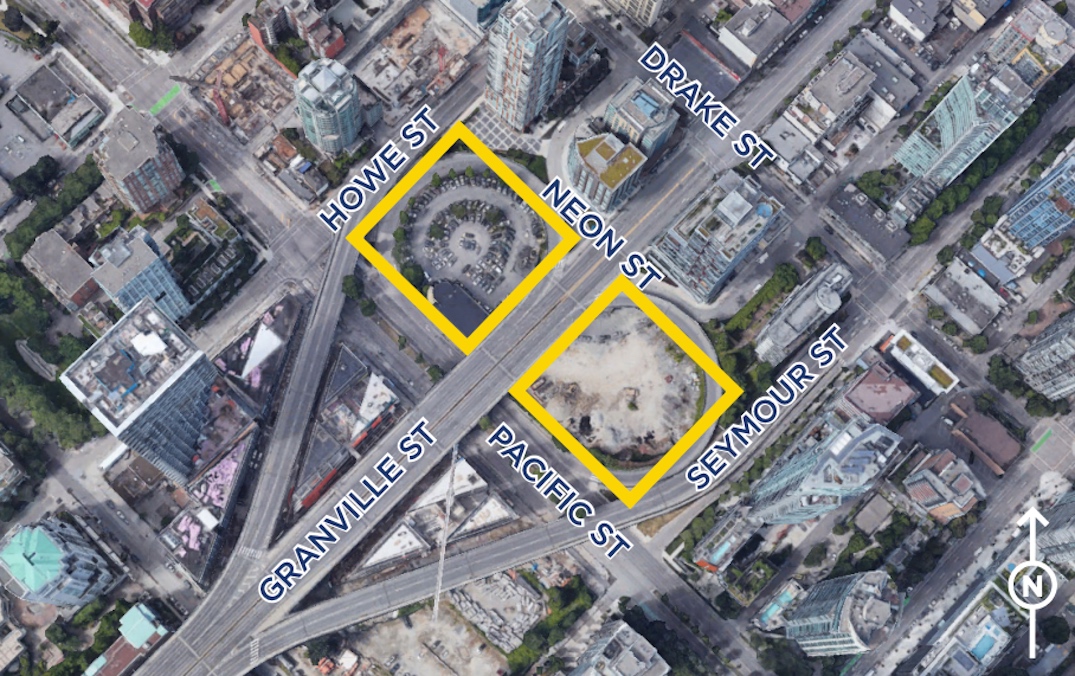 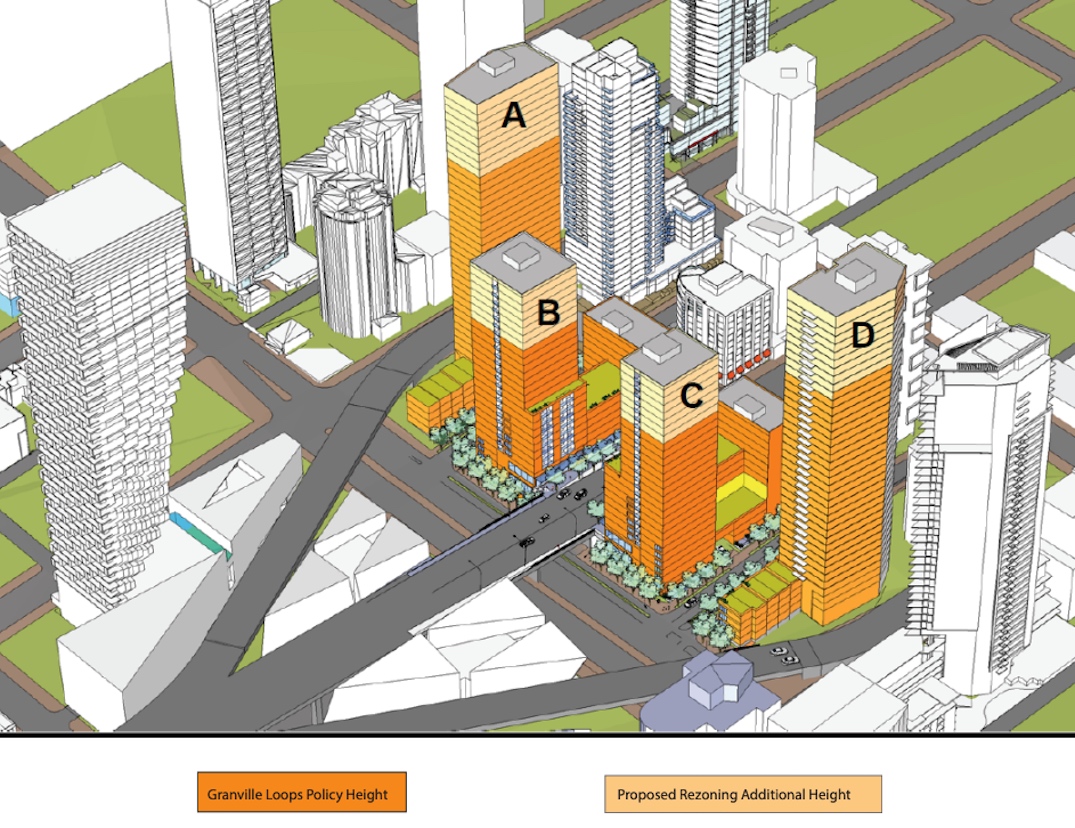 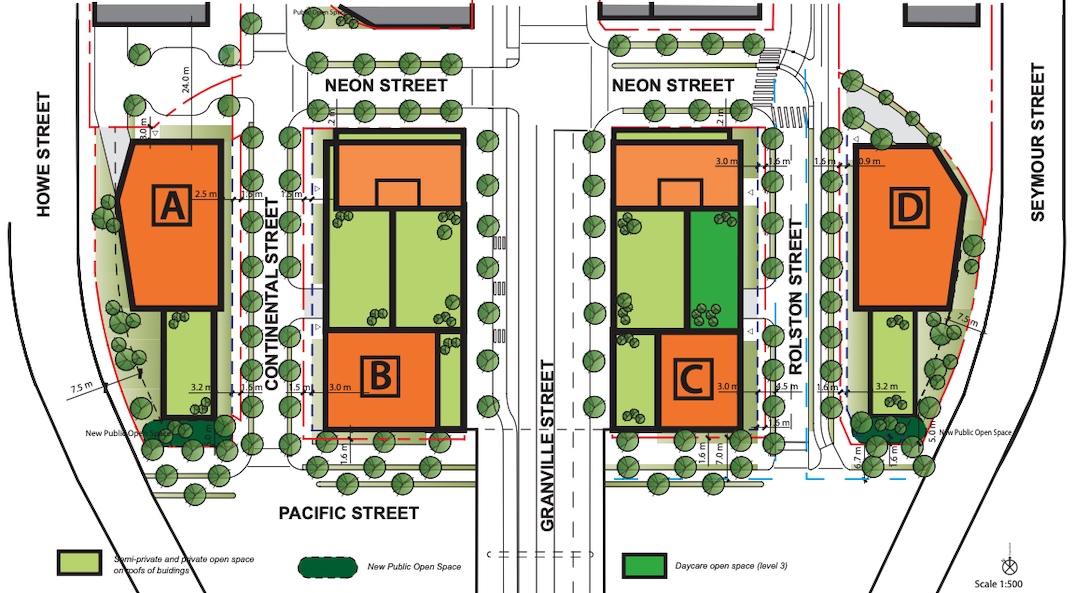 The City of Vancouver working with the Province to advance the design and construction of the Broadway Subway, a tunneled extension of the Millennium Line SkyTrain along the Broadway Corridor from the existing VCC–Clark Station to Arbutus Street. The line is fully funded with construction to start in 2020.

The Broadway Subway will benefit the region by:

Creating the Broadway Subway is the top priority from our Transportation 2040 Plan. 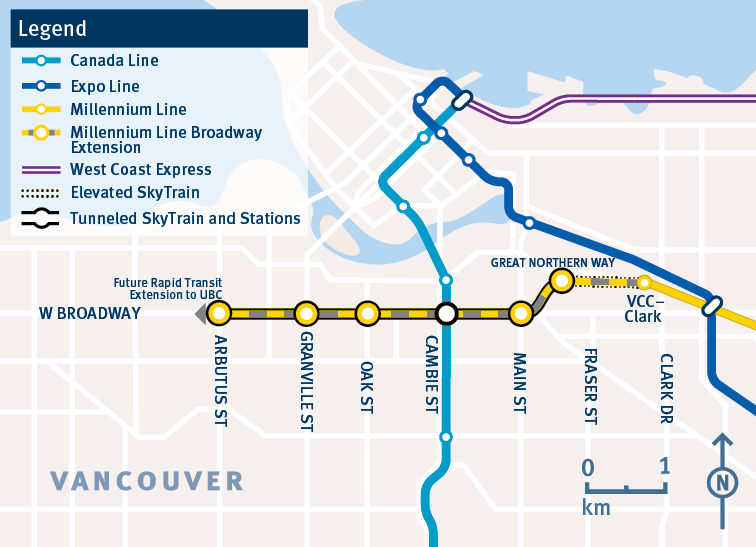 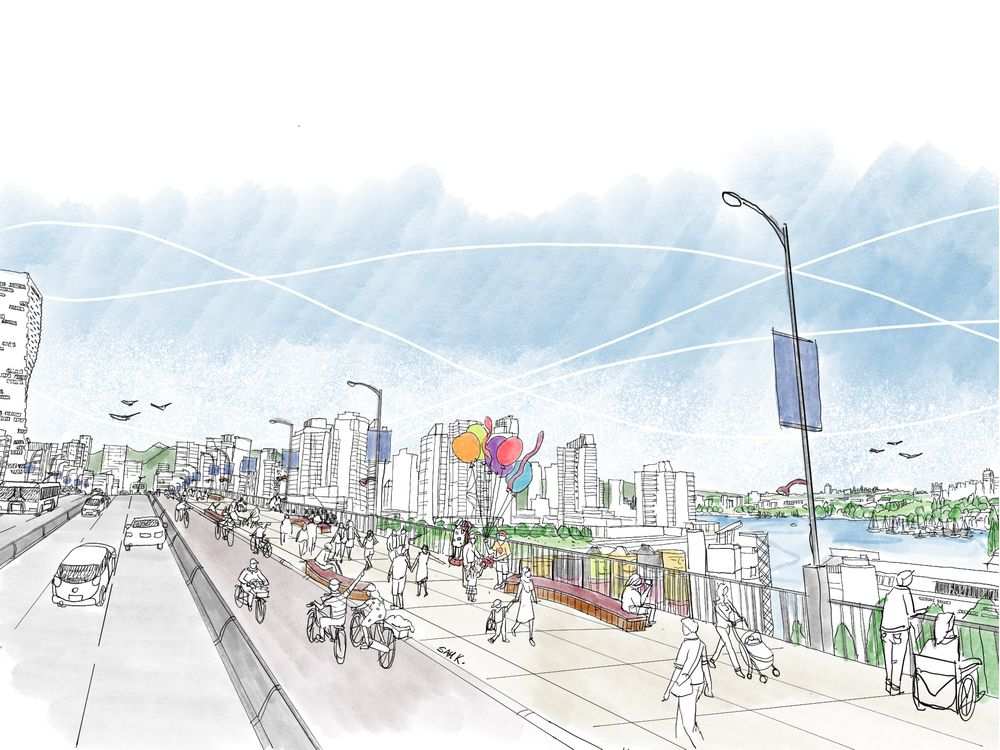 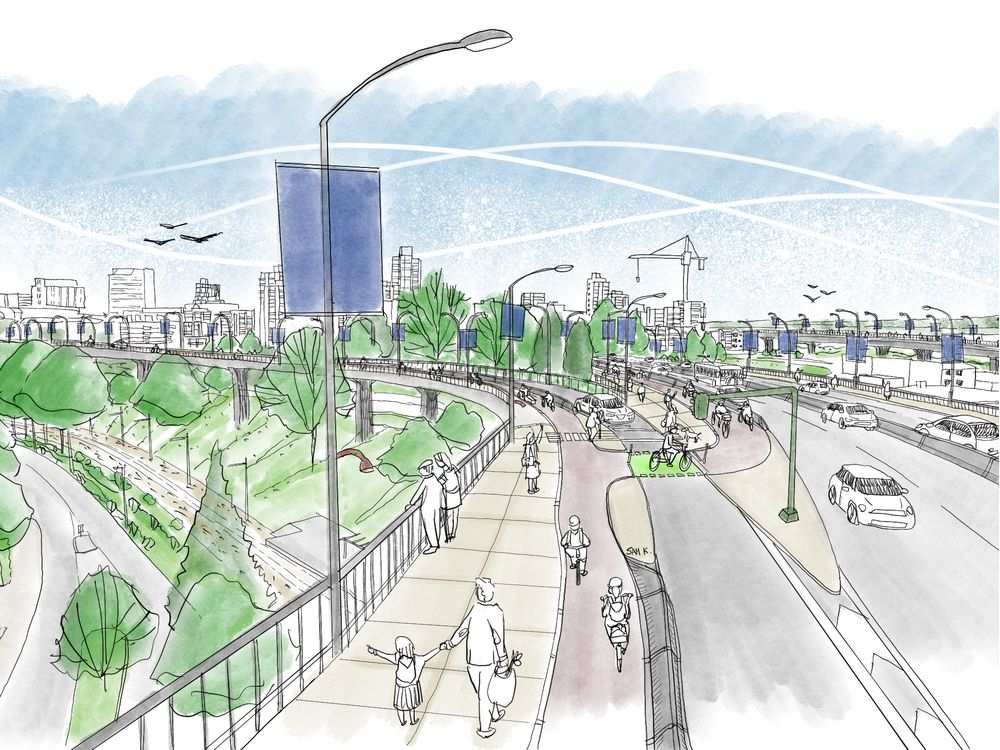 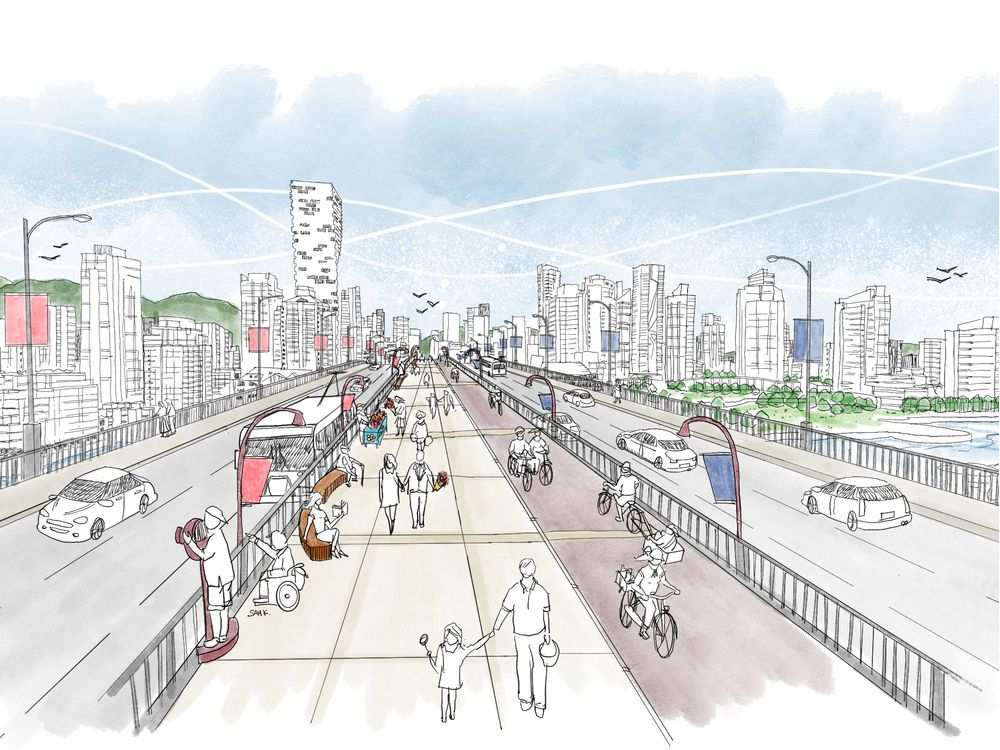 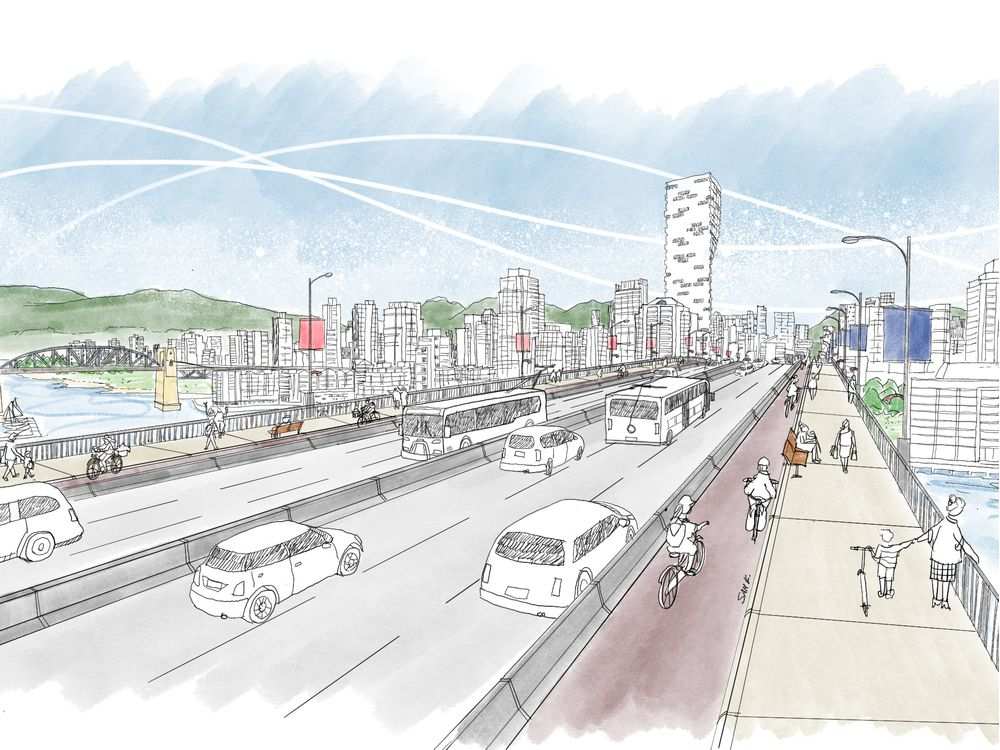 The Granville Bridge Connector would address a major gap in the city’s active transportation network and serve some of the densest parts of the city. There is also potential for features such as art, lighting, seating, and lookout stations to create a special place and enjoyable experience for people of all ages and abilities.

The project is key to accommodating the growing number of people living, working, and playing in the city and region, and helping us meet our Climate Emergency Response targets. 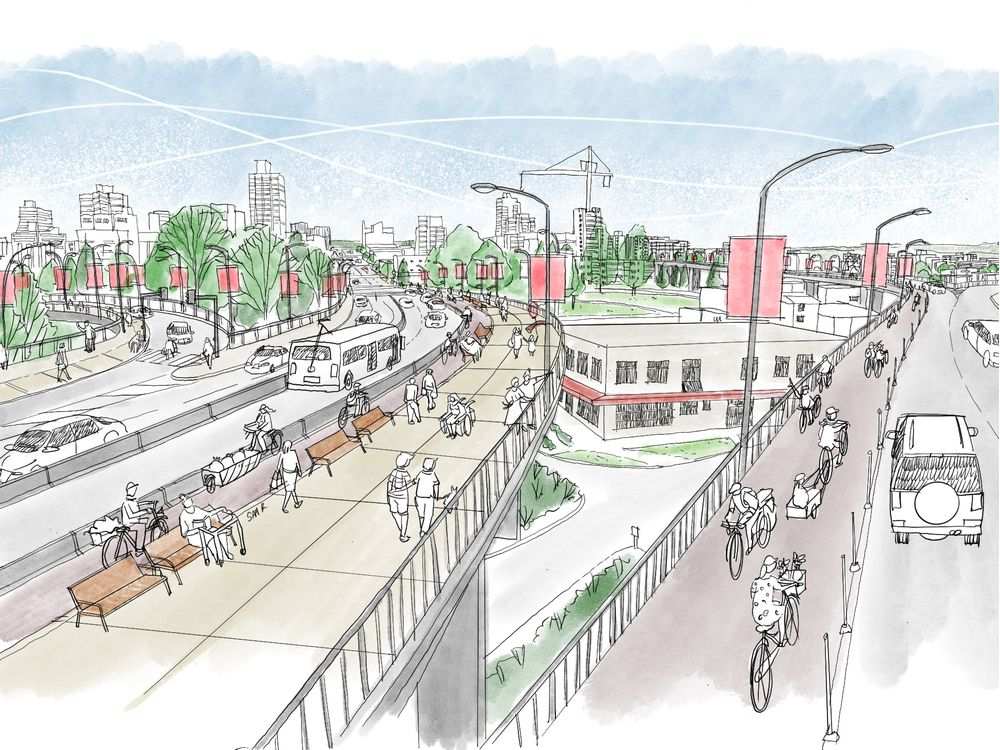 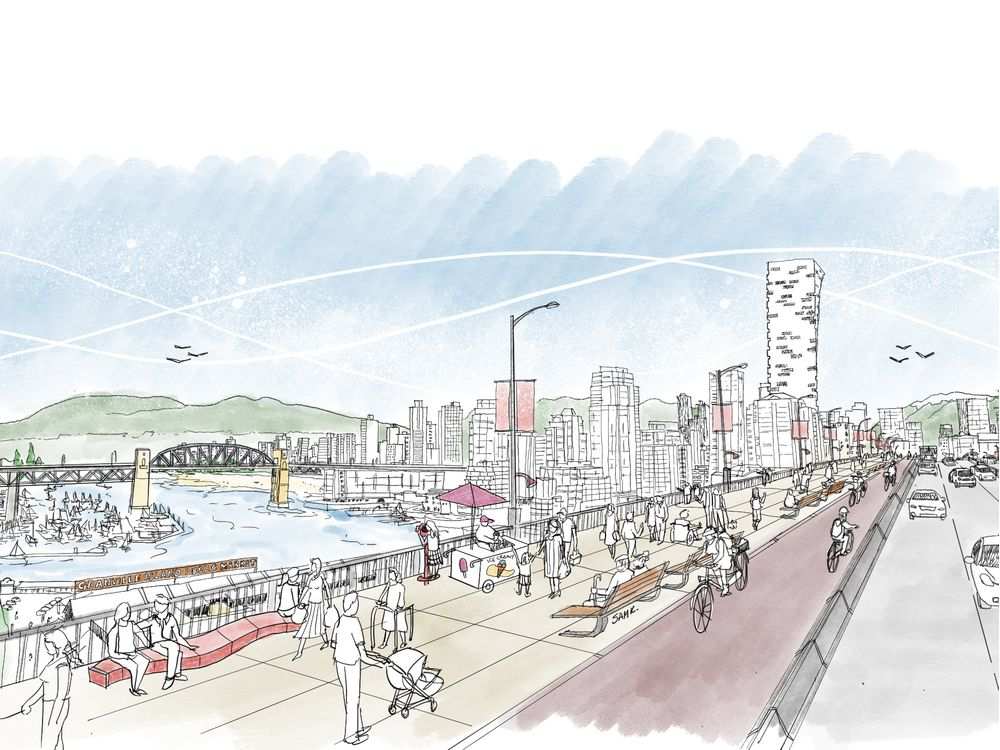 The future of Northeast False Creek

In 2015, City Council chose to move forward with a plan to replace the viaducts with a more resilient and connected street network. The decision is dependent on a new area plan for Northeast False Creek.

Replacing the viaducts is a self-funding solution with many public benefits including a larger Creekside Park and an improved transportation network that replaces vulnerable infrastructure. 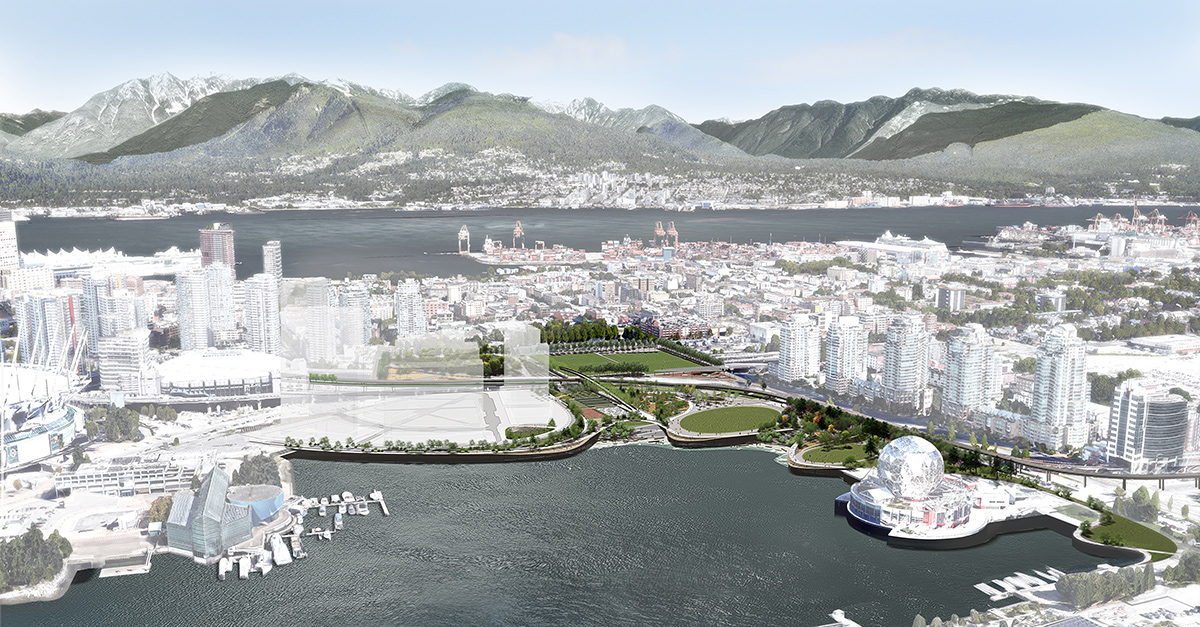 The Northeast False Creek Area Plan is a transformative project that will result in one of Vancouver’s most significant city-building opportunities in a generation.

As the last remaining piece of large undeveloped land in the downtown along the False Creek waterfront, Northeast False Creek provides an opportunity to:

• Embrace the rich culture and history of the area, local assets, and access to water