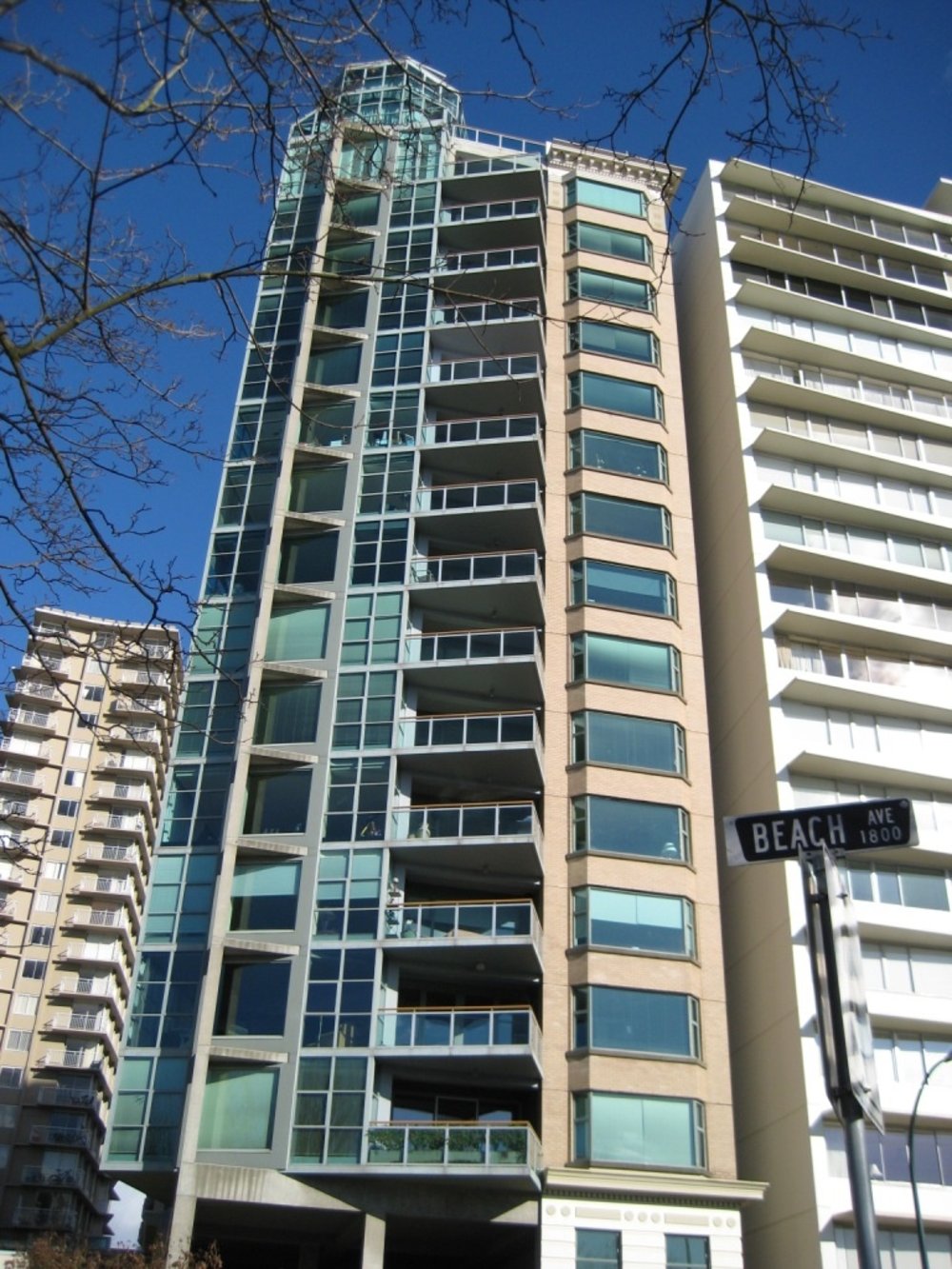 This addition to a much-loved Edwardian water-front hotel was Richard Henriquez's first project to use literature as a source of inspiration and incorporate the layering of fictional history to inform the design of a building.

The tower was an instant success in the marketplace, and this acceptance led directly to the commissions for the two other West End small plate condominiums towers. The scale and massing of the Sylvia Tower, together with its complex and sophisticated design strategy, have since been adopted by many other high-density neighborhoods around the world that are influenced by innovations in Vancouver.

In 1999, this building was chosen as one of the most influential Canadian buildings of the twentieth century by a distinguished panel assembled by Canadian Architect Magazine.

The Sylvia Tower paved the way for a revival of the "small plate" high rise in the West End of Vancouver. This tall, thin tower introduced the concept of numeric-view analysis as a means of reconciling view and light for neighbours. In the twenty years since its completion, the small-plate high-rise has become one of the defining characteristics of housing on the Downtown Vancouver peninsula.

The design strategy for the Sylvia Tower developed from a particular site context. To the east is Rix Reinecke's Ocean Tower, an eighteen-storey slab-form apartment building whose aesthetic might best be described as Miami Modern. To the west is the Sylvia Hotel, constructed in 1912 as a luxury apartment building but converted to a hotel during the depression. The Sylvia Tower is located between the two buildings, pushed up against the small end wall of Ocean Tower. Henriquez's intention was that the Sylvia Tower should appear to have been built in 1912 and recently renovated to exploit the ocean views.

All of the elevations of the new building match the architectural language of the existing hotel. Double-hung windows, for example, run up the elevation of the tower. Extending from this historical evocation are a number of modern interventions that allow the building to function in its use as a luxury condominium.

At the seaward corner, new floor-to-ceiling glazing has been cranked 30 degrees off the rest of the building's geometry, revealing the concrete frame of the original building while taking advantage of the best views of the ocean and sow-capped mountain of Vancouver Island. The overall design strategy of the Sylvia Tower avoids conventional contextualism, in which design elements from each flanking are blended into a hybrid, and it does not subscribe to the all-of-a-piece pseudo-historicism defined as postmodernism. The resulting seventeen-storey building contains thirteen apartments, one per floor. It is capped by a two storey penthouse, featuring a prismatic glass turret that screens views of the mechanical and elevator hoists