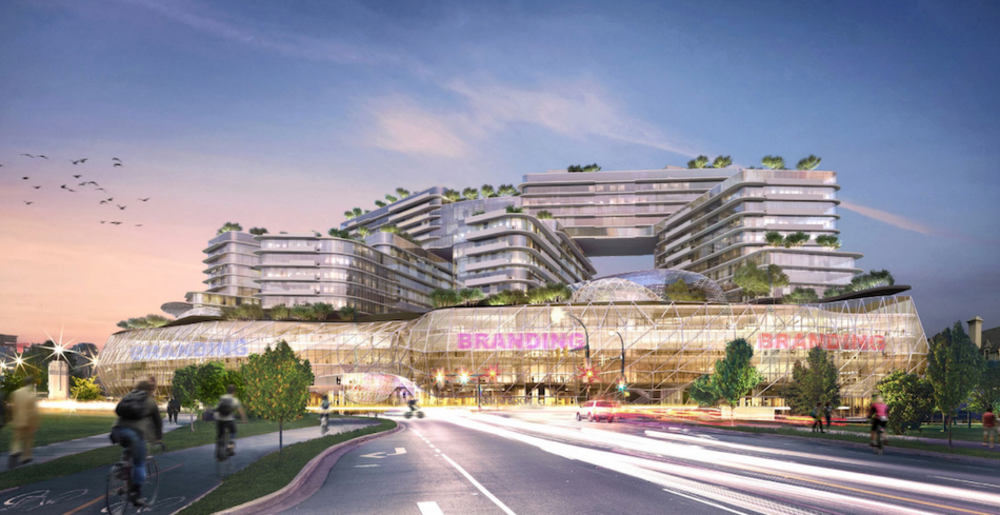 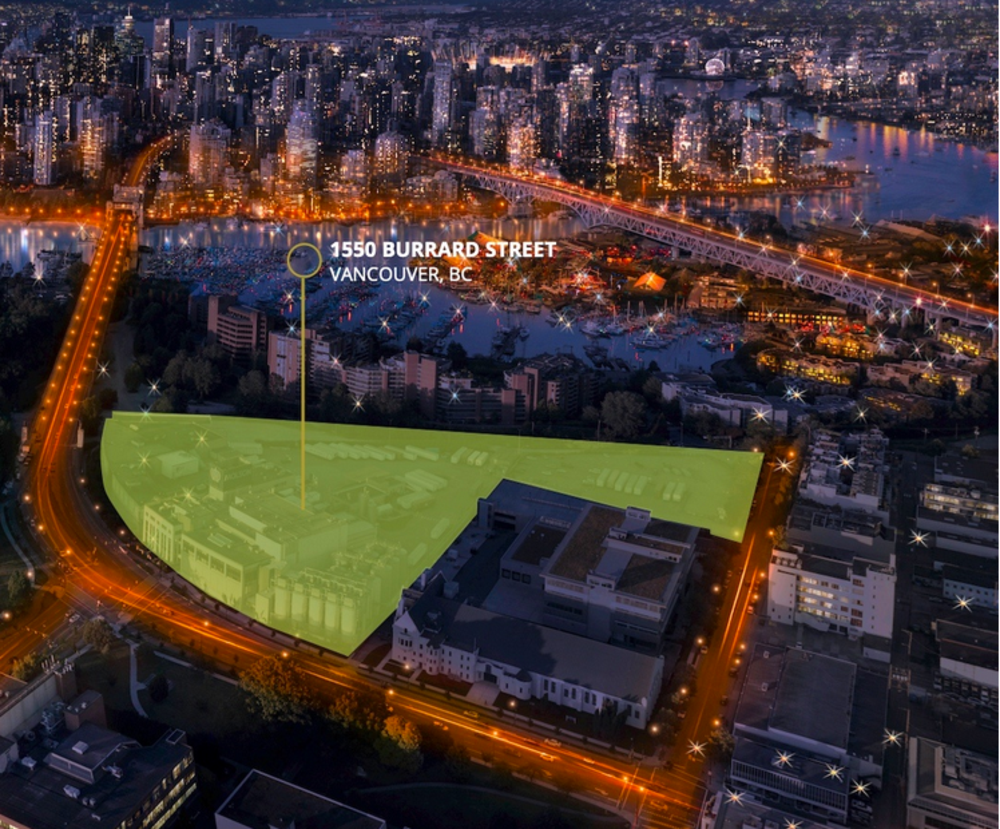 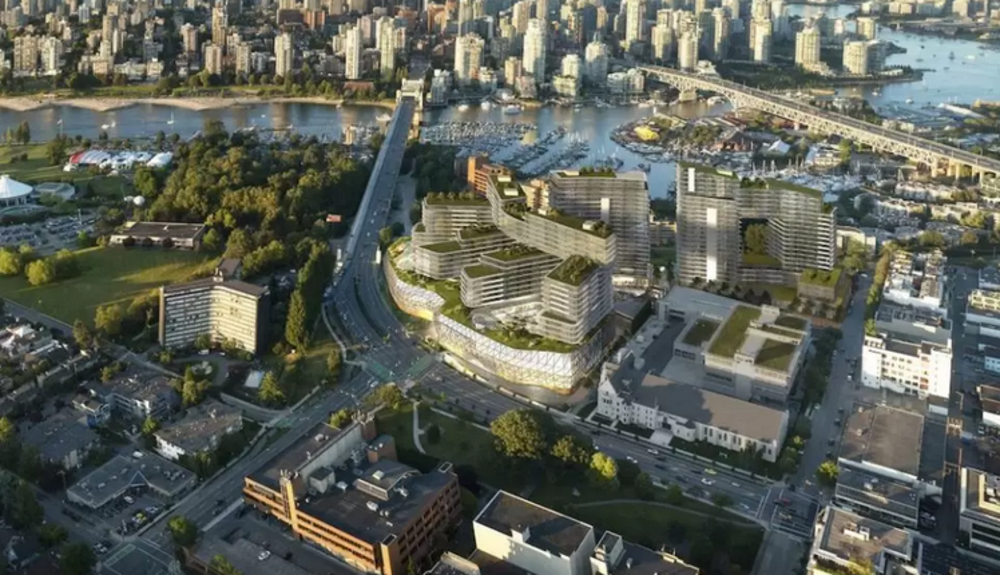 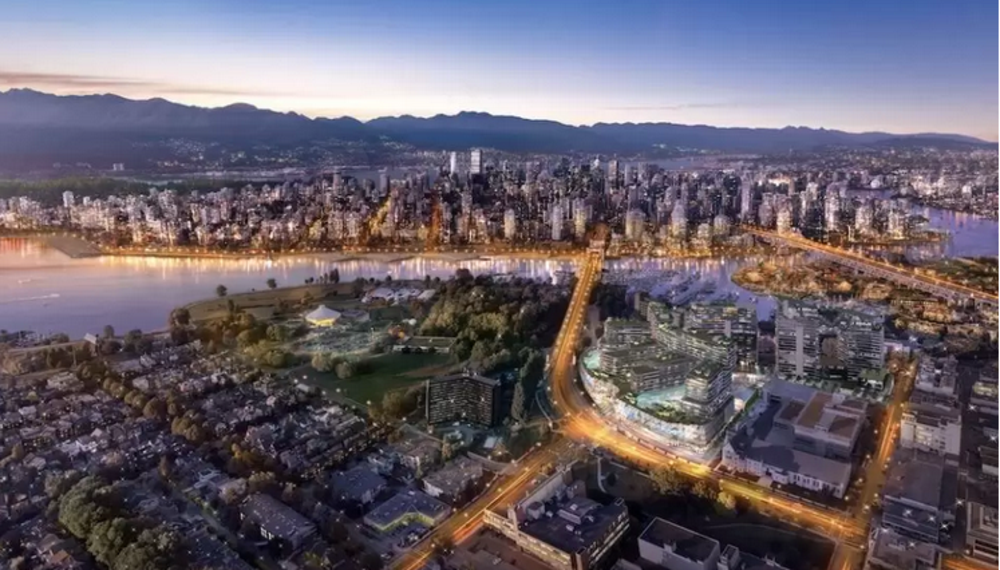 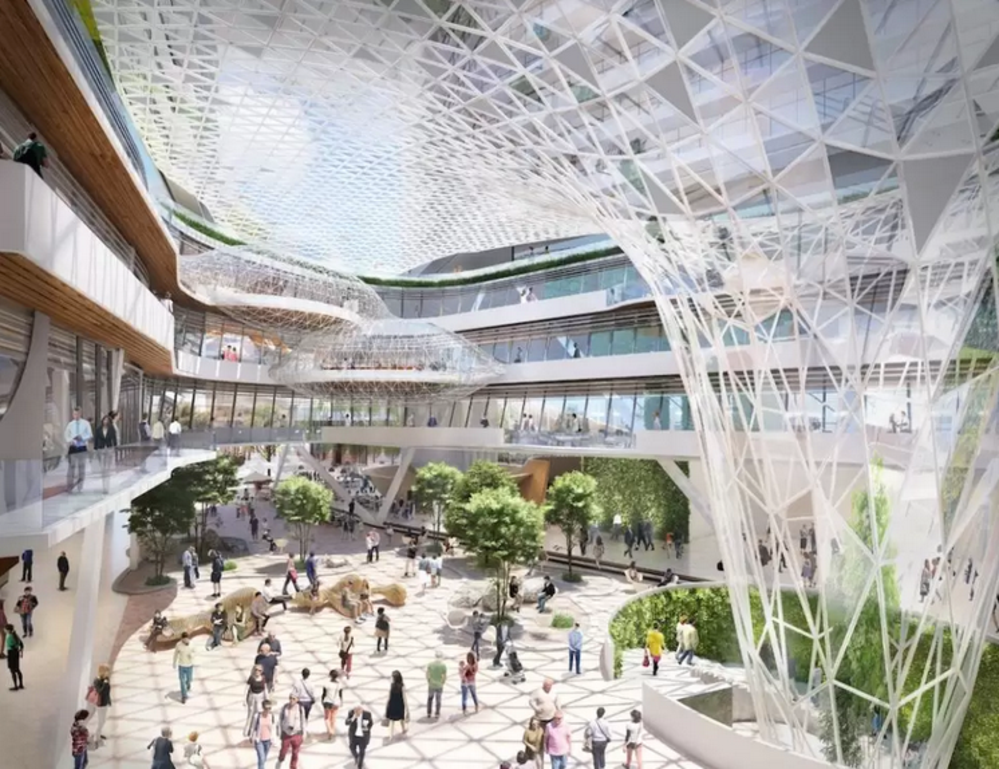 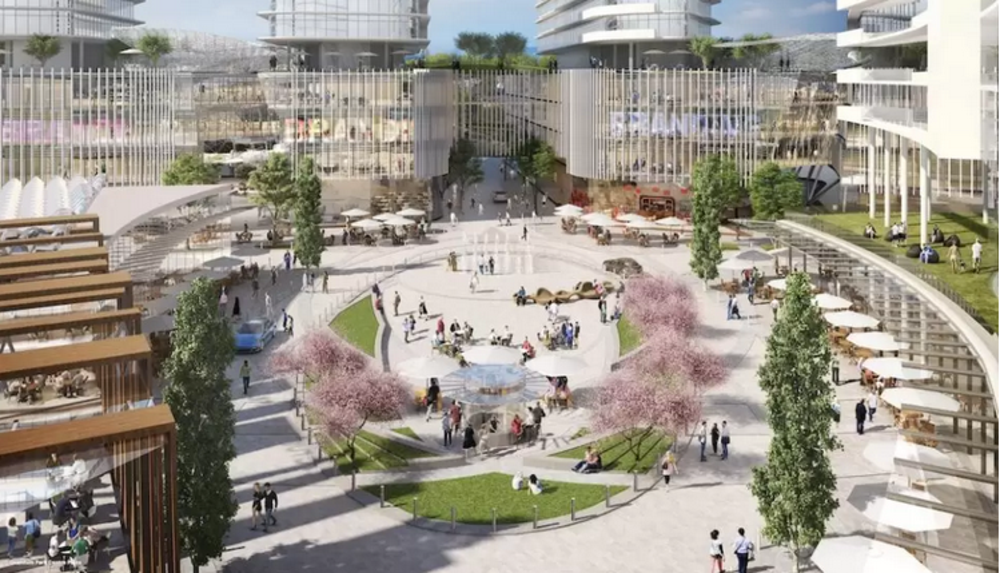 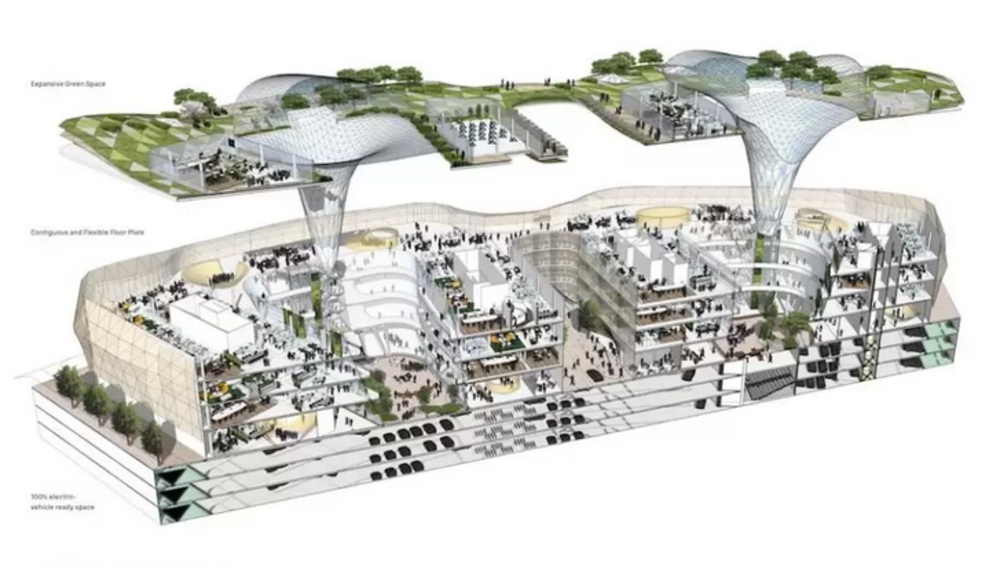 The developer intends to build a redevelopment with a total floor area of 1.8 million sq ft, including 300,000 sq ft of office space with high ceilings, ground-level retail, restaurant, and showroom spaces, and 3,000 homes within towers between 15 and 25 storeys in height. The towers are interconnected by a multi-storey podium and multi-storey rooftop sky bridge, but the redevelopment gains its name — Quantum Park — from its two large glass-covered atriums, which are inspired by the shape of wormholes in quantum theory.

This inspiration leads to the form and funnel design of the glass roof spanning between the podium structures, creating an expansive covered public space. The building fronting Burrard Street is organized around these covered atrium, while the overall complex revolves around a large central plaza.

The atriums also feature green walls, and the funnel-shaped glass roofs provide the natural ability to collect rainwater for reuse in landscaping irrigation.

“The two atriums represent each end of a wormhole and are the focal point of the building, where natural forces bind with technological excellence,” reads a marketing brochure.

“Glass structures above are designed to harness natural light, rain and air, providing bright and stimulating multi-level workspaces within a natural environment.”

On the rooftops, Quantum Park will have a total of three acres of green roofs, making it the largest green roof of an office complex in Western Canada. Sphere-like glass pavilions on the roof provide an enhanced functional amenity space on the rooftop.

With all that said, it should be noted that this proposal is currently in its pre-application stage; no formal application has been submitted to the municipal government, and the site’s switch from traditional industrial to comprehensive, non-industrial uses also requires approval from Metro Vancouver Regional District.

Senakw and Quantum Park combined will create nearly five million sq. ft. of total floor area, 9,000 new homes for tens of thousands of residents, and office and retail space for thousands of jobs.Quantum Park’s proposed floor space ratio (FSR) density is about 5.4 times the size of the brewery site, while Senakw’s FSR is approximately 6.0.