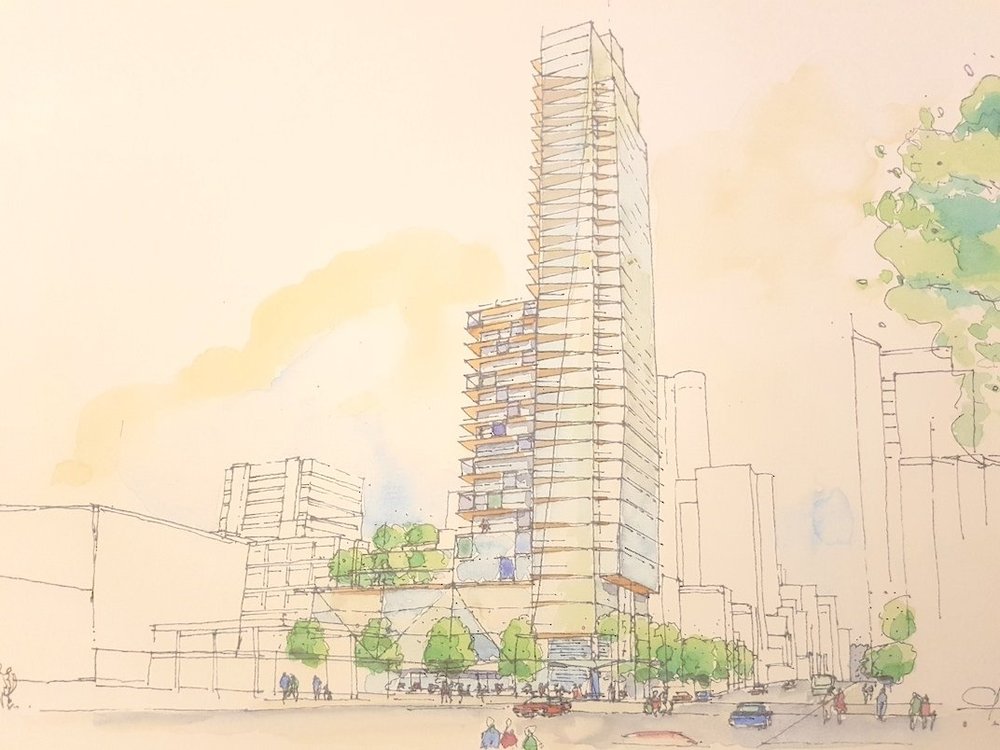 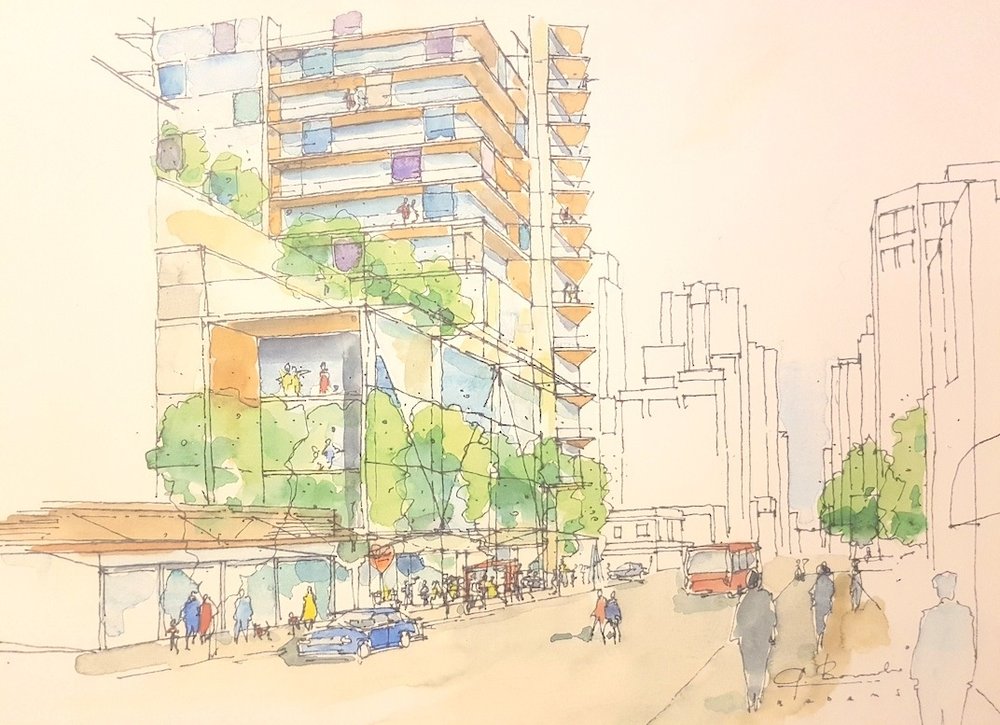 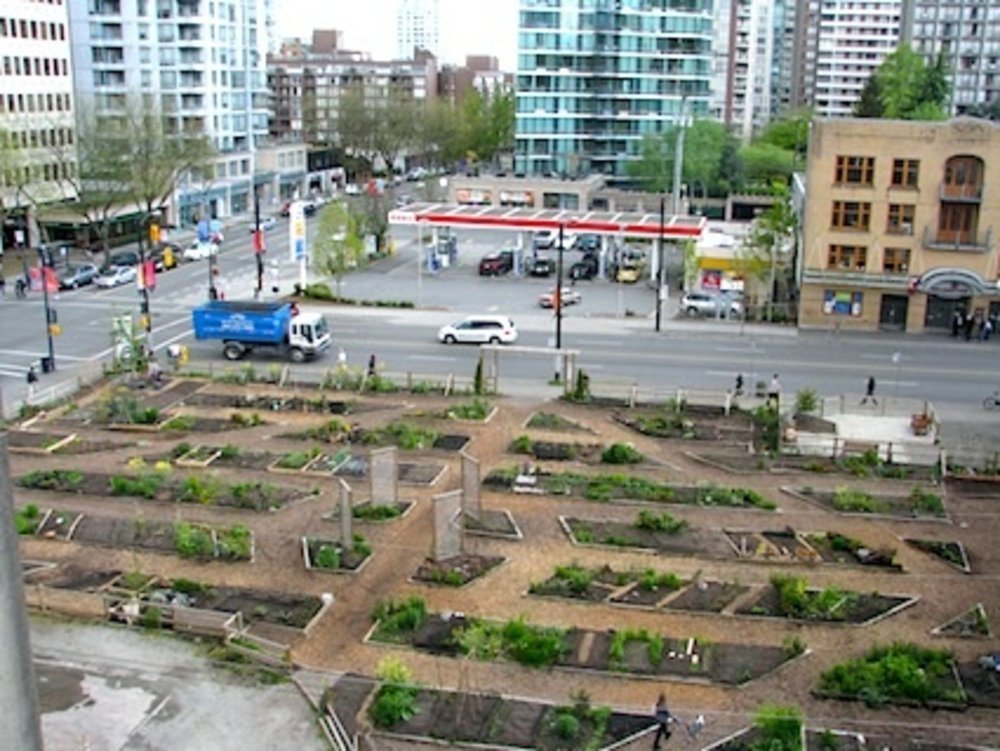 Designed by Merrick Architecture, there will be 271 homes, with the unit mix roughly split 50-50 between studio or one-bedroom units and two-bedroom units. Additionally, about 11,900 sq. ft. of commercial space is planned for the lower floors, including 8,600 sq. ft. of ground-floor retail space.

Six underground levels will hold approximately 230 vehicle parking spaces and 360 bike parking spaces. A building density of 13.41 times the size of its lot is envisioned.

The proponents are aiming for a LEED Gold environmental design, and this will be substantially achieved by an ever-moving system of sun shades on the tower’s western facade.

“Because the building is mostly oriented towards the west, we were concerned about the solar gain on the west of the facade. So we are looking to introduce solar blinds that go up and down, in a way that the west facade will always be changing depending on the angle of the sun,” Gregory Borowski, the principal of Merrick Architecture, told Daily Hive.

These sun shades also serve a dual purpose, as its multicoloured pattern reflects the natural landscape.

While sun shades are usually installed within the interior of the tower, inside the units, the sun shades for this proposal would place the shades on the exterior of the windows for a greater impact.

“The blinds are responsive to the solar angle. Usually when you are facing the west, when you have interior blinds, the suite can still heat up,” added Borowski. “So the blinds in this scenario will be in the exterior to cut the solar heat gain outside the window.”

This builds on his firm’s success with the usage of sun shades for a building they designed in the Olympic Village area.

“When the blinds are completely closed, there is an application of abstract West Coast landscape, and you see the building in its natural state,” he said. “This is something that is changing throughout the day and it is unique to the city. I don’t know of any other buildings that morph before your eyes.”

This project is currently in the pre-application phase; a formal rezoning application is expected later this year. The height, scale, uses, and designs of the proposal are permitted under a number of City policies, including the West End Community Plan, Housing for Families with Children Guidelines, Rezoning Policy for Sustainable Large Developments, and Green Building Policy for Rezonings.