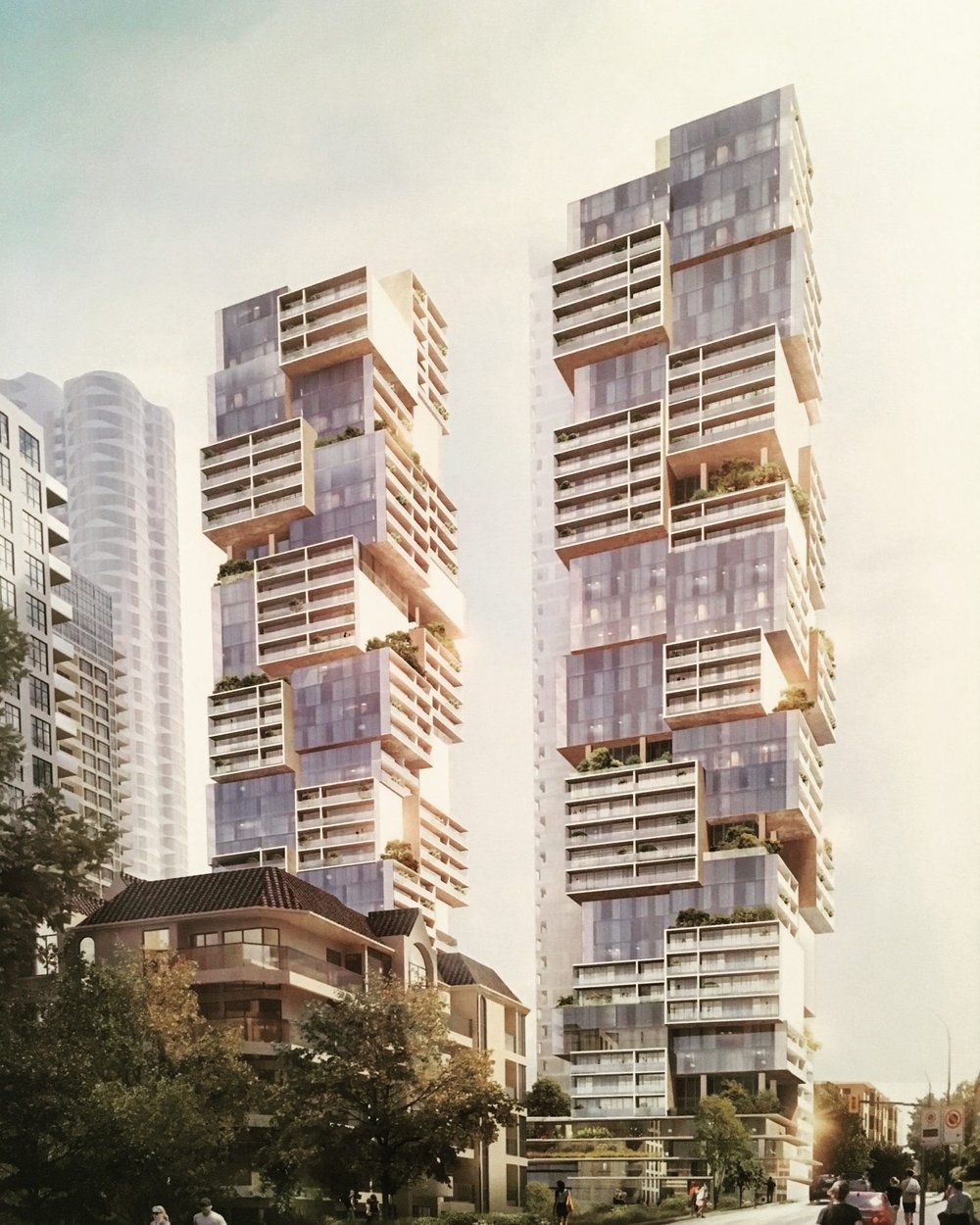 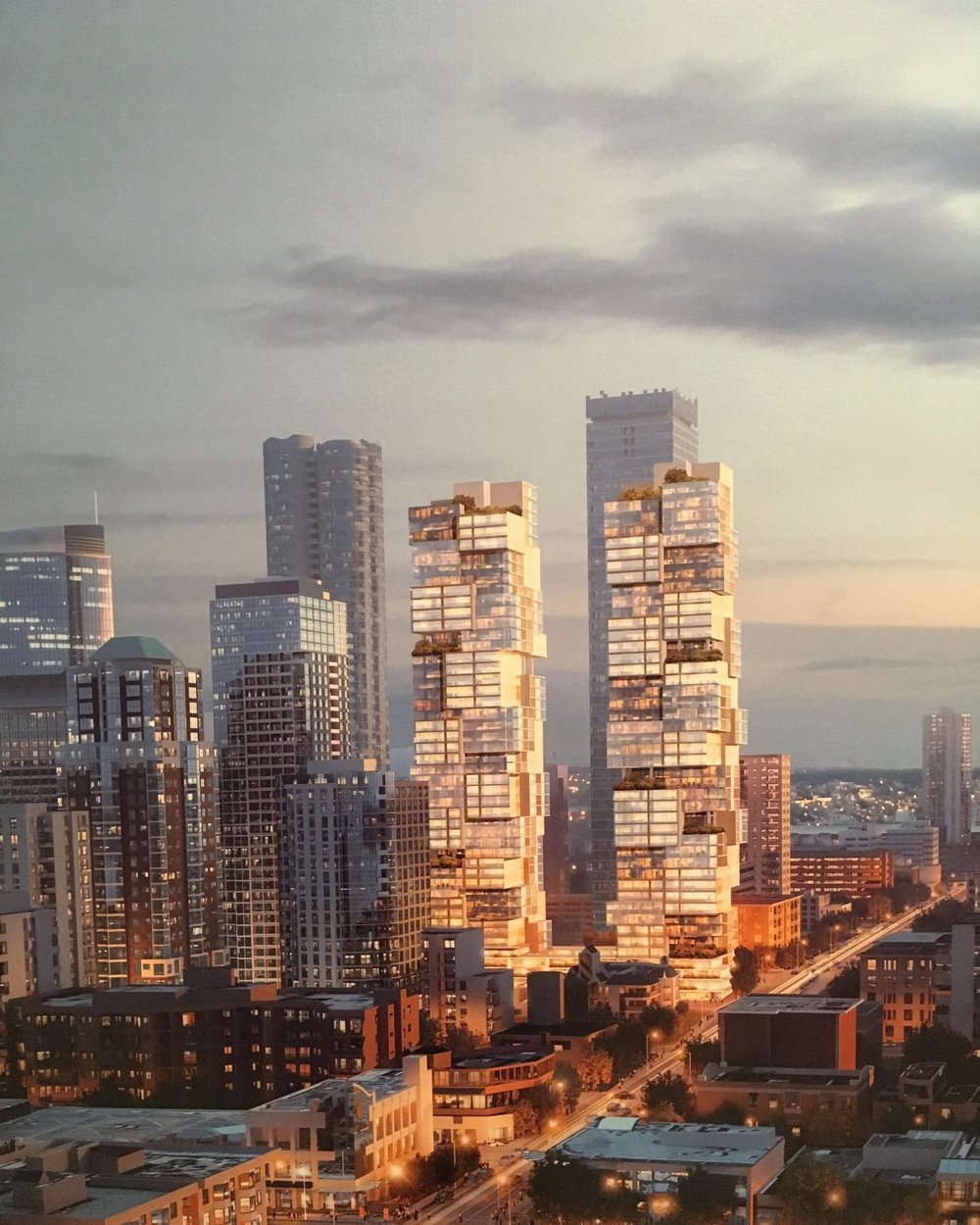 Developer Bosa Properties is partnering with Kingswood Properties to develop the project, which will be made up of one 49-storey tower, and a second 48-storey tower.

The site is currently occupied by four low-rise apartment buildings with a total of 173 units, and is adjacent to the Patina tower.

Unit sizes range from studios, all the way up to three bedrooms.

Judging by floor plans presented at the open house, market unit sizes in the towers are roughly as follows:

The architectural design of the project is said to reflect the surrounding blocks and scale, by assembling those smaller elements into two sculptural towers.